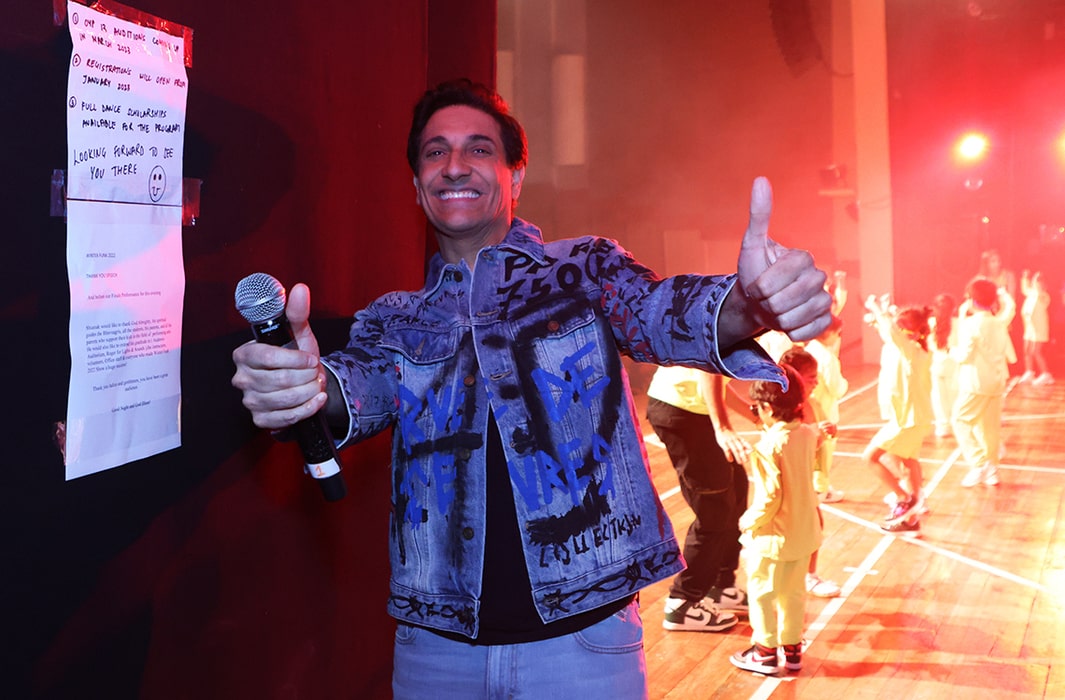 Shiamak Davar, the guru of modern contemporary dance in India, closes his 2022 season on a high note. Shiamak is well-known for his dynamic and electrifying live shows. His much-awaited “Winter Funk” took place recently, where the kids of Bollywood’s finest actors participated alongside many other young, talented kids. Shahid Kapoor’s wife, Mira Kapoor, brought her two younger ones, Zain Kapoor and Misha Kapoor, who looked very excited. The little ones were seen enthusiastically dancing on the stage.

The winter funk was organized after a gap, and the response seemed terrific. Not only that, Varushka Khurrana, Ayushmann Khurrana’s daughter, embraced the stage with her adorable movements. Apart from this, other students were also seen performing energetically on the stage. The delighted faces of the youngsters lit up the stage.

Choreographer Shiamak Davar was overwhelmed by the response. He commented on the Winter Funk: “It is always a pleasure to see so much talent under one roof. I was glad to see the younger generation showing so much love for this art form. Their enthusiasm was through the roof, and seeing them dance was amazing. I am glad the show was successful. This next generation is super talented, and I can’t wait to see what the future holds for them.”

Shiamak Davar has worked on a variety of films, including Dhoom 2, Mission Impossible 4, Dil Toh Pagal Hai, Bunty Aur Babli, and many others. He just commemorated the 25th anniversary of Dil Toh Pagal Hai. He has not only directed and created but also performed at worldwide events such as the Commonwealth Games closing ceremonies in 2006 and 2010, as well as the World Economic Forum in Davos (2006), and has entertained dignitaries such as Bill Clinton, who remarked, “the world must see you.” He has a great set of projects on the work front and looks forward to an eventful new year!