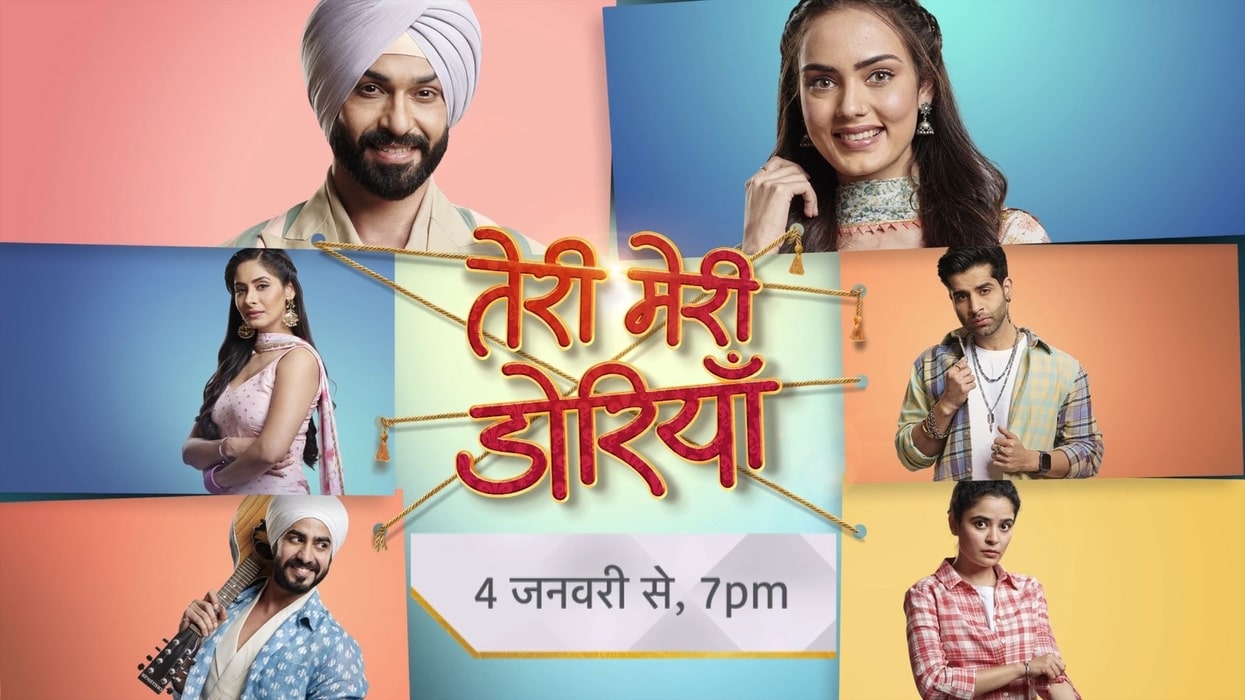 StarPlus has always entertained the audience by bringing interesting and gripping stories. With new shows, new innovative stories with new concepts, StarPlus is a channel that has booked a special place in the hearts of the audience. While taking ahead this spree of launching special stories, It is all set for the launch of its upcoming show ‘Teri Meri Doriyaann’ which is yet another engaging tale from the heartland of Punjab comprising different stories of love and relationships. It is all set for its release today at 7 PM.

With its captivating promos, the show has grabbed the eyeballs of the masses ever since it was announced. Having every element of a larger-than-life, multi- starrer drama, and this show presents the story of the Brar brothers and Monga sisters who get entangled in a spicy crisscross romance, leaving viewers at the edge of their seats wondering- who will end up with whom?

The first promo presented a glimpse of the Brars and Mongas, and was introduced by the leads of the top show Ghum Hai Kisikey Pyaar Meiin- Sai, Virat and Pakhi. The following teaser, innovative rap karaoke song, and the latest promo, have given us a peek into the juicy dynamics that the characters share with one another. While Angad is smitten by Seerat, his cousin Garry seems to have his eye on her!! Angad and Sahiba frequently face a clash of egos and beliefs, but is their sizzling chemistry a sign of a hidden love story between them?  High on the glamour quotient and loaded with beautiful visuals, we can say that the show has a lot to offer to the audience apart from its unique, fast- paced story.

If we were to look at its talented and stunning cast, the show will feature, Vijayendra Kumeria and Himanshi Parashar as the leads.

While expressing his excitement about the launch of the show, the lead actor Vijayendra Kumeria said, “I am really very excited about the launch of the show. I have been counting the days ever since the show went on the floors. I just want the audience to witness the magic that we have been trying to create on the screen. The show has been a whole new different journey for me altogether. The show is very close to my heart because it not only transformed me physically but also made me grow as a person and I feel like I am growing every day with this character. And on top of all, as I am a Punjabi and I have got this show that has been set in a Punjabi backdrop, so I just can’t ask for more.”

The female lead Himanshi Parashar further said, “Teri Meri Doriyaann’ is genuinely a very special show for me as the story of the show is Punjabi and I am also a Punjabi. Apart from this, I have lived in Punjab for many years and so shooting for this show was a heartwarming experience for me. From emotions to its regional backdrop, we have tried to keep the story of the show as authentic as we can. All and all, the reality and rawness are the biggest USPs of the show.”

The series is set in a very beautiful location in Punjab, a setting that brings unparalleled romance, euphoria and energy with it!

Watch out for Teri Meri Doriyaann coming on 4th January 2023 at 7 PM only on StarPlus!