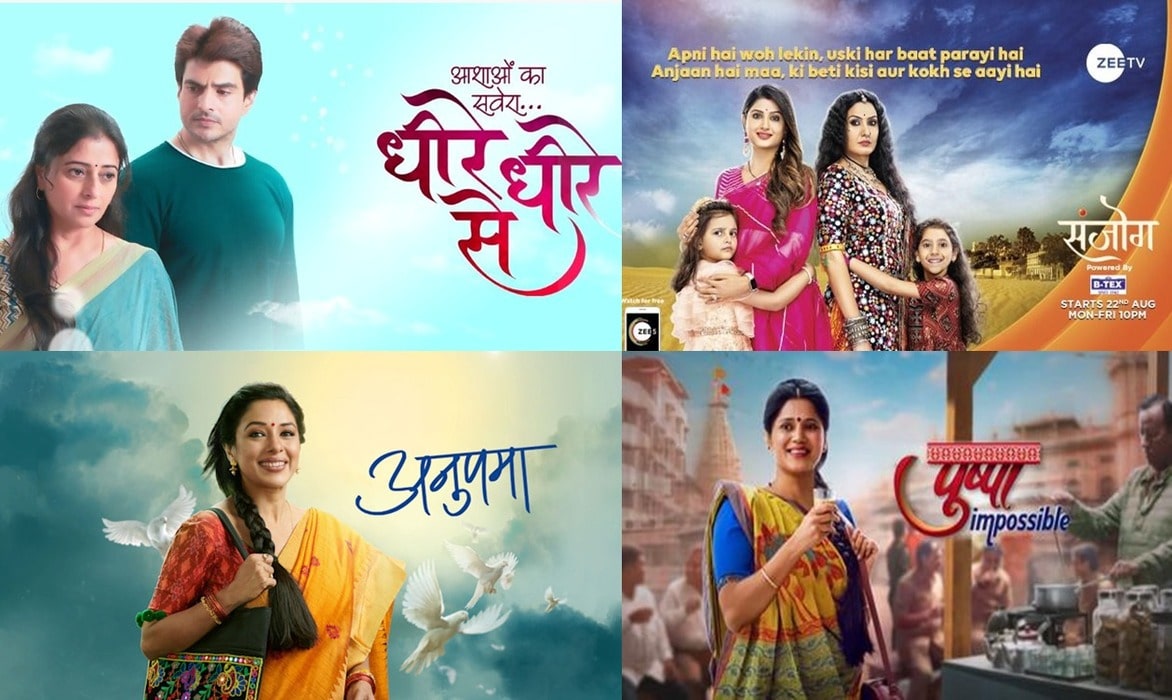 Anupama portrays the life of a housewife working day and night for the family but still not getting appreciated. Anupamaa’s story feels extremely real as she is a caring mother, devoted wife, and loving daughter-in-law. However, nobody in the house respects her except a few people in her life. Tired of all the dramas and back-and-forth accusations, Anupamaa makes a hard decision to leave her house and live her life on her own. Anupamaa is a strong woman who has withstood a lot in her marriage. She finally gets fed up and quits her marriage. She starts her new business and she has found a new love.

SKT production’s much awaited drama show Aashao Ka Savera….Dheere Dheere Se starring Reena Kapoor and Rahil Azam shows a mirror to the stereotypical society which treats a widow as a burden and demands her to stay alone all her life but the show Aashao Ka Savera…Dheere Dheere Se breaks the shackles of patriarchy and coveys the message of how becoming a widow doesn’t ends ones will to live and opens the gate of second chances of being independent with the right person beside you.

Zee TV and Rashmi Sharma Telefilms have come together again to present viewers with a new fiction offering – ‘Sanjog’, an intense family drama showcasing the journey of two mothers, Amrita and Gauri, hailing from diverse backgrounds. The two mothers have one thing in common though – that unsettling feeling of not being able to see themselves in their own daughters. Little do each of them know that the daughter they have been raising all their lives comes from a womb other than their own.

Pushpa Impossible recounts the story of an uneducated yet self-made woman from Patan, Gujarat, who after doing various odd jobs, starts a tiffin service out of her Mumbai chawl room, to earn a livelihood and secure the future for her three kids. Her struggle to keep her family happy and not be knocked down by adversities has made her bold, who has little or no time to think of herself and her aspirations.

Aparajita is deserted by her husband Akshay, leaving her alone to fend for her herself and her three daughters. But she rises to meet every challenge so that her daughters can be strong and independent.