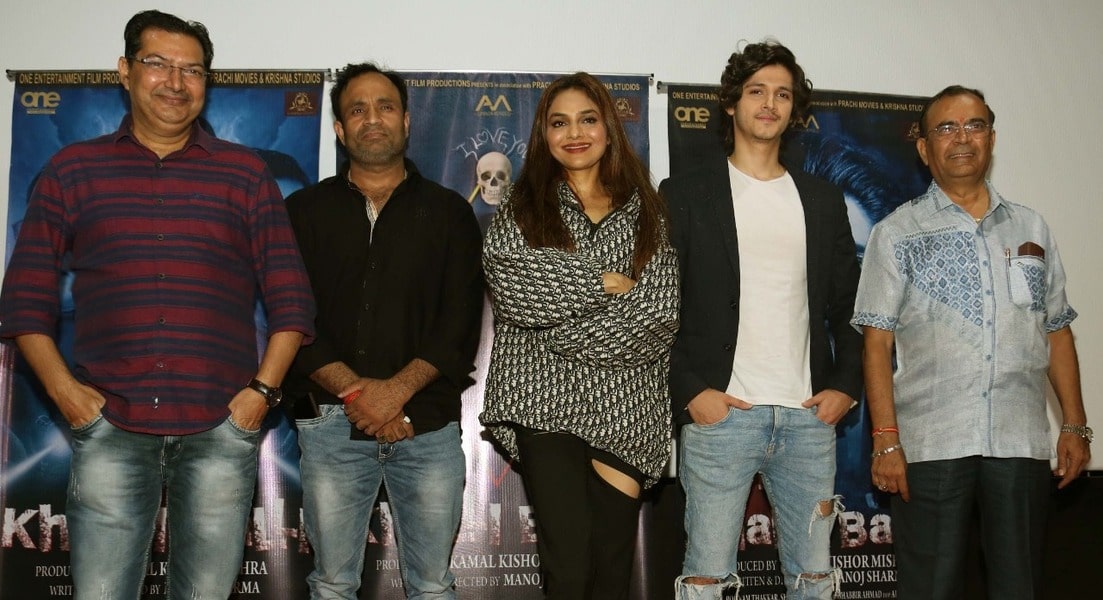 Dharmendra and Madhu once again together in upcoming film Khalli Balli

The trailer launch was held recently

Veteran actor Dharmendra and actress Madhoo stared in 1996 film Return of Jewel Thief and then 1998 film Zulm-O-Sitam. Now once again after a long gap, the duo will be seen in upcoming film Khalli Balli. Recently trailer of this horror comedy was launched where Madhu was especially present. Madhoo is now all set to make a comeback after a decade. Her horror-comedy film is releasing on September 16.

Madhoo said, “I really enjoyed working in the film Khalli Balli as this is my first horror comedy genre. Horror comedy films are entertaining and find a connection with viewers. We started shooting for it long back, then due to the pandemic it got delayed, now it is ready for release.” Rohan Mehra said, “Khalli Balli trailer of is a glimpse into wonderful cinema. The film should do well.”

Director Manoj Sharma said, “I express my heartfelt gratitude to my producer Kamal Kishor Mishra that I have made three films with him. It is a big win for any director if he gets a chance to direct three films with the same producer. The film Khalli Balli has actors like Dharmendra, Madhoo, Rajniesh Duggal, Kainat Arora.” Recently, producer Kamal Kishor Mishra’s film Dehati Disco had created a lot of buzz, now he hopes that this film too, will be liked by the audience.

Yogesh Lakhani, owner of Bright Outdoor Media Pvt Ltd, said, “I am playing the character of Yogesh Lakhani in this film Khalli Balli. I have done an important scene with Asraniji and Rajniesh Duggal. I would like to thank Manoj Sharma and producer Kamal Kishor Mishra. This is my 7th film as an actor.”