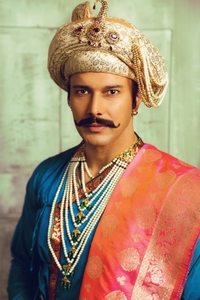 Presenting to you the first look of Actor Rajniesh Duggal as ‘Bajirao’ for Bajirao Mastani Musical play. The musical is based on Sanjay Leela Bhansali’s movie Bajirao Mastani.  Pandit Birju Maharaj is the creative director for the play with Maitreyee Pahari directing it.

Synopsis : Film ‘Life Mein Time Nahi Hai Kisi Ko’ is a story of a Maheshwari family. The story revolves around a newlywed couple who faces many tragedies due to the death of an elder family member. The story highlights the conflicts and differences in ideology between the old generation […]

Bollywood actress Ekta Jain who has done several TV serials, few Hindi films, Plays in Hindi, Hinglish and Sanskrit will be seen in comedy horror Hindi film Khalli Balli Produced by Kamal Kishor Mishra of One Entertainment Film Productions and Prachi Movies. The film is written and directed by Manoj […]

Abhishekh Khan gets thumbs up for Sony LIV’s Project 9191