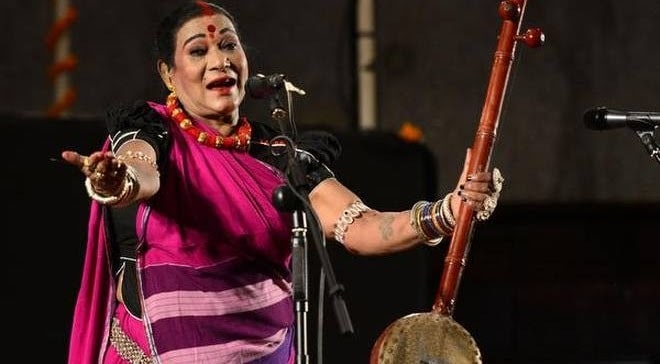 Aaliya Siddiqui recently debuted as a producer with her recent released movie Holy Cow under the banner of her production house YS Entertainment.

Aaliya Siddiqui is coming up with another brilliant project and is all set with Nawazzudin Siddiqui to make a film on Chhattisgarh’s legendary folk artiste, Padma Vibhushan awardee Teejan Bai. The veteran artiste is the greatest exponent of Pandvani (Pandavon ki katha in Chhattisgarhi language), a traditional performing art form involving narration of tales from the Mahabharata. It was Aaliya Siddiqui idea of making a film on Teejan Bai under the banner of her production house YS Entertainment. The Teejan bai biopic will be Aaliya Siddiqui second outing as a producer. Apparently the script is completed and Aaliya Siddiqui will be doing the announcement soon about the star cast and when the shoot will start. Sharing her feelings on making a biopic on Teejan Bai, Aaliya Siddiqui said , “Now I am working towards my dream project on legendary folk artiste Teejan Bai. I’ve always wanted to make a film on amma (Teejan Bai). Even at this age, she performs on stage for hours and doesn’t forget a single word. Even Nawaz has been a huge admirer of Teejan Bai’s work since his early days as a theater actor and has seen her perform live. And I am happy that Nawaz will be playing one of the main characters in the film.

Aaliya Siddiqui adds, “Teejan Bai fought the norms created by the society, at a time when women barely had the right to speak up and that’s admirable. She has been awarded  & honored with India’s fourth-highest civilian honor Padma Shri, Padma Bhushan and Padma Vibhushan. And it will be my honour to make a film on her and show her life story to my audiences on the big screen. I have taken all the rights before the pandemic and now hoping to start the shoot by the end of this year.

Dharmendra and Madhu once again together in upcoming film Khalli Balli