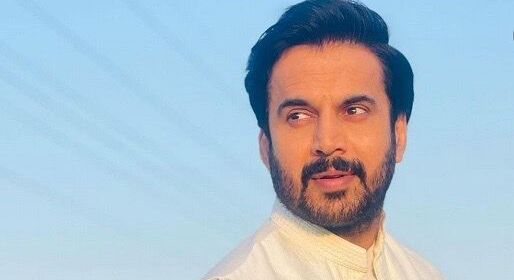 Ajay Singh Chaudhary as Ajeet in Swaran Ghar is one of the favourite characters of the audience. For the uninitiated, this is a show by Dreamiyata Productions that is being owned by Ravie Dubey and Sargun Mehta. The actor shares that he not only liked the story but also the title of the show.

“When I heard this title for the first time and got a narration of Swaran Ghar, I understood that this is a relatable story of a woman and her loving husband, Kanwaljeet Bedi, and the house that they built together. This house, which is so close to their heart, they dreamt of spending quality time doing new things, good moments with children and so on. Whenever we think about making a house, we always think that our family is going to stay happily together under one roof. Similarly, things in Swaran Ghar were good till the kids grow up, and they have their priorities that lead to problems,” he gives us an idea about the concept of the narrative.

Ajeet’s character is closest to the actor’s heart. “I’ve always wanted to play such a character like this that has never been explored on television which is why it was the best opportunity for me to take this role and give my best. I am enjoying playing this part. This show is really high on emotions and is very real because the situations shown here are similar to what happens in real life. Somewhere people do connect with the serials,” he says.

The current generations deal very differently with parents compared to how it was before. “Definitely the world is changing, there’s a lot of technology now, us as human beings are changing and growing more and our priorities have changed so much. As we see now, the generation needs space for themselves, but I believe that parents always think that their kids are still very young and they continue pampering them in their own way. This generation is very fast so somewhere now the parents are far behind their kids. But my view is that parents should be given the same priority, value, unconditional love, support and respect,” adds the actor.

Relationship stories around parents and their children are evergreen on the tube. Agreeing, he says, “The generations are going to grow and change, and this is going to continue always when we create any content on relationships. So, it’s very relevant. Our show relates to both the parents and the kids,” he says.

About working with Dreamiyata Productions and the actor couple, Ajay Singh Chaudhary adds, “Ravie and Sargun are like family. They are great as producers and are already proven actors. I’ve worked with Sargun earlier in one of my shows Phulwa on Colors and we are really good friends. I trust her a lot. When she narrated the story of Swaran Ghar, she was very adamant and consistent with me that Ajay would pull off Ajeet. Her trust is the thing that is working here other than my hard work. Her belief in me encourages me a lot. I respect her sincerity a lot and how she works as a producer too. I am shooting in Chandigarh away from Mumbai but she makes sure that I feel at home here. It’s amazing to be here now and it’s like my second home. It feels great to be working with Dreamiyata Productions and would love to do more work with them.”