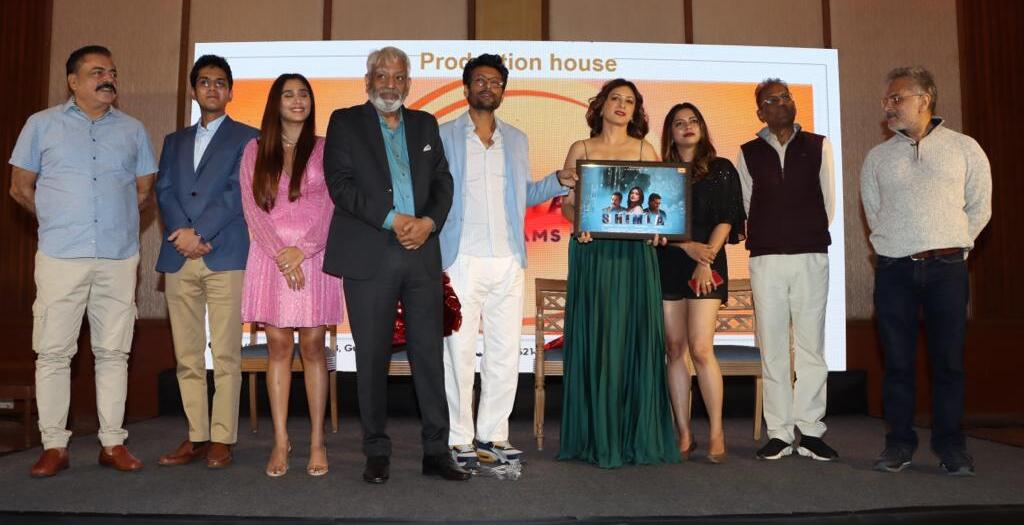 Filmmaker Yogesh Verma is ready with tale of classic romance A WINTER TALE AT SHIMLA. The film is his directorial debut at the age of 65. The poster, teaser and trailer were launched in Mumbai in presence of cast and crew along with many celebrities. “They say, you don’t take a shot (in films) ….you make a shot”- A corporate top honcho turned to Filmmaker, Director and Producer Yogesh Verma’s film ‘A Winter Tale at SHIMLA’ is borne out of his interesting life journey. His narration combines both the vintage and the modern metaphor as he spins a tale of classic love. A widely admired thespian from the Theatre world Yogesh Verma chose a unique idea for his film debut and he calls it an honest attempt to bring back the old classic romance, which has somewhere perished in the times of modern love’. Going forward as a writer and filmmaker Yogesh aims to make films delving into the untrammeled human emotions at the confluence of changing dynamics of business and commerce, new urban landscapes, science and technology and geopolitics. He feels that these offer limitless possibilities for different takes on human dilemma. A BITS Pilani alumnus, is a postgraduate electronics engineer. An actor by passion in his young days, Verma wished to pursue his career as an actor, however family responsibilities got the most of him and his passion took a back seat. Now after leaving behind a forty-year long successful management career as head honcho with prestigious corporates in India, Yogesh Verma is now exploring his passion of filmmaking & calls the film “his project though driven by personal passion is sensibly crafted for engaging a wide audience of young and old, and presented with the best cinematic values and entertaining elements”.