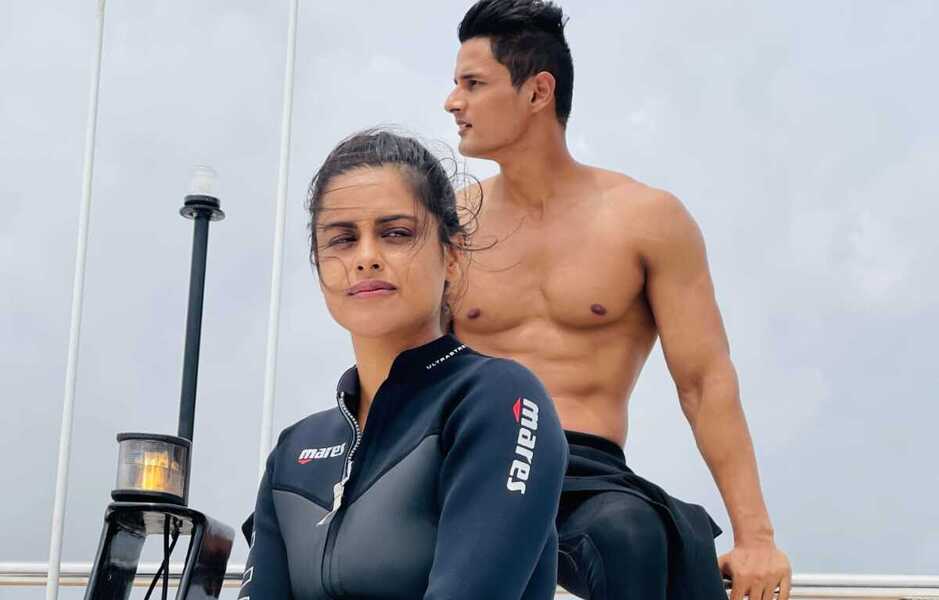 The upcoming Marathi film ‘Gadad Andhar’ has been in the limelight for the past few days as it is a different experiment in Marathi for the first time. The curiosity of this film has increased since the release of the teaser. Now, a new song from this movie has been revealed for the audience. The song ‘Dariya, Dariya…’ from ‘Gadad Andhar’ has been released recently through social media. This melodious song, which is technically very good, is getting many likes in a short span of time. The song ‘Dariya, Dariya…’ gives a glimpse of the film ‘Gadad Andhar’, which takes us on a journey of a unique world.

Under the banner of Elula Feature Vision Pvt. Ltd., producers Captain Avadesh Singh and Varsha Singh have produced the film ‘Gadad Andhar’ and director Pradnyesh Ramesh Kadam has directed this film. The song ‘Dariya, Dariya…’ has been written by lyricist Abhishek Khankar, sung and composed by singer-composer Rohit Shyam Raut himself. ‘Mujor mana re, tu sod kinare, haravlelya suranna tu shodh punha re…’ the starting of the song ‘Dariya, Dariya…’ tells a lot about the song. Shafi Shaikh has choreographed this song. This song is available on Zee Music Marathi. The mighty blue sea, beaches and sea-coasts surrounded by greenery, coconut trees and groves, amazing aerial camerawork and glimpses of the underwater world are perfectly presented in the song. Anup Satam’s amazing skills of playing the guitar in this song is mind blowing. Like the teaser, the song ‘Dariya, Dariya…’ from ‘Gadad Andhar’ will also take the audience on a unique journey. Rohit’s voice has done perfect justice to the meaningful phrasing and the melodious music. Rohit said that the song ‘Dariya, Dariya…’ will play an important role in the plot of the film. The song is uplifting and blends in with the flow of the plot. An attempt has been made to present it with a touch of western music. When director Pradnesh Kadam asked me to compose a song for this situation in the story, I got the opportunity to make this song that holds a lot of energy in it. Along with youth, the music lovers of all ages will definitely love the song ‘Dariya, Dariya…’.

A powerful star cast combined with melodious lyrics is the highlight of the film ‘Gadad Andhar’. It stars ‘MTV SplitsVilla X3’ winner and ‘Bigg Boss’ fame Jay Dudhane in the lead role, along with actress Neha Mahajan. Apart from this, actors like Shubhangi Tambale, Akash Kumbhar etc. have also played various roles. Pradnyesh Kadam has written the film along with Laukik and Chetan Mule. Bhagirath Bhat has played the zitar, while Juili Joglekar Raut and Adinath Patkar have given the backing vocals. The songs in this film have been recorded and mastered by Vinayak Pawar at SoundIdeaz Studios. The song has been arranged by Adinath Patkar and the executive producer of this film is Pravin Wankhede. Super natural thriller ‘Gadad Andhar’ will release on 3rd February 2023 across Maharashtra.