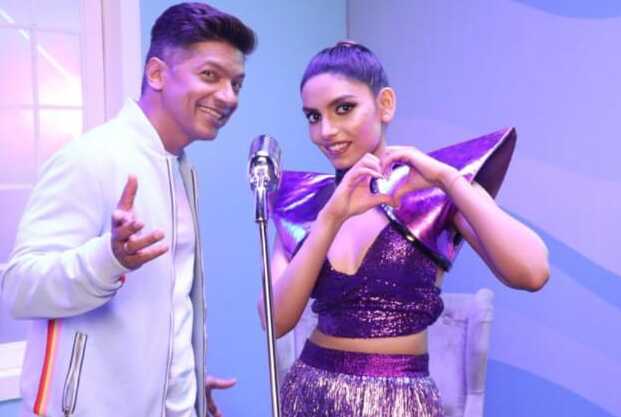 Fresh off the success of her recent hit songs, ace singer Shannon K is all set to drop her latest Pop single named ‘Baby I Love You’ along with Bollywood’s popular singer Shaan. The song released today on 2nd December 2022, across digital platforms by ‘Apeksha Films & Music’, to bring in the festive spirit before the holidays.

The poster has already piqued the interest of the audiences who are eager to witness the pop groovy track along with the rare collaboration as they have come together for the first time for a single. While Shannon’s unique voice adds zing to the high-octane number whereas Shaan’s versatile voice adds character to the track. This beautiful love song is written and composed by Annabel Kumar, who is singer Shannon K’s sister and happens to have a great sense of the music culture and is always on the move to create diverse songs each time. The music is arranged by the amazing Bappa B. Lahiri & the video is shot by Lt. Shruti Vohra, which compliments the energy of the song & seamlessly fitted the mood of the song in equal measure.

Talking about the song, Shannon K excitedly says, “I grew up listening to Shaan sir’s songs, and working with him gave me immense happiness and learnings in my musical journey. He is such an iconic artist and I observed how his humble and optimistic traits shine through his songs. I happened to stumble upon one of his originals ‘Disco Deewane’ which was performed by siblings & I just fell in love with his voice texture and was awed by how he still has that same young voice and energy. For ‘Baby I Love You’, we needed that same energy and vibe and I hope we did justice to this song.”

When asked about his experience singing this track, Shaan said, “I know Shannon K for a long time and when she approached me for this song, I was more than happy to collaborate with her. She is not only legendary Sanu Da’s daughter, but she is also an amazing, hardworking singer whose dedication to her music filled me in awe. I hope people will love our song and show a lot of love.”

Shannon K recently released a reprise version of her father Kumar Sanu’s iconic song ‘Pehla Pehla Pyaar’ which was in news for quite a bit. She also collaborated with singer Sonu Nigam for another feather in her cap titled ‘OMT’. ‘A Longtime’, ‘Always’, ‘Run’ & ‘Retrace’ are some of the singles that mesmerized listeners and gave her great recognition across the world.

She has slowly and steadily created a space for herself as an American pop singer and songwriter in the western music industry. Her song ‘Give Me Your Hand’ was a massive hit and later she won Best Singer for one of the most prestigious music awards in the American Music Industry.

The song will be released today to sprinkle some love and to make the audience warm in this cold weather. So don’t forget to tune in and keep humming it.