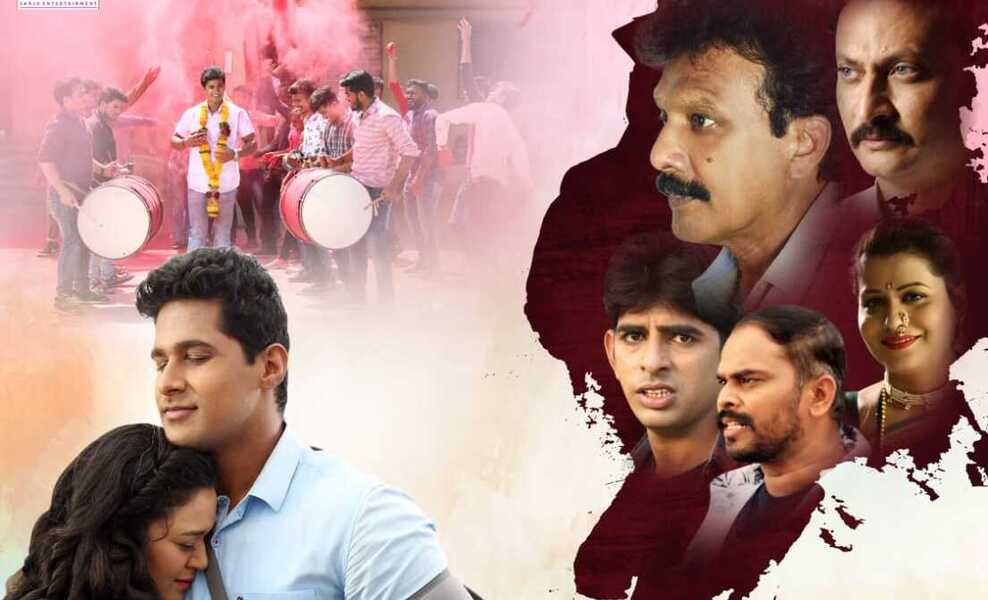 Marathi cinema has always been known for creative and experimental films. Marathi filmmakers and directors are famous in Indian cinema for producing content-rich films on various subjects. The next link in the chain is the upcoming film JETA produced by Sanju Entertainment. With the inspiration of producer Sanjay Laxmanrao Yadav and the insightful direction of director Yogesh Sahebrao Mahajan, the upcoming film JETA is all set to prove itself as a milestone in Marathi cinema.

The story of the film JETA is a true story of a young man’s struggle with God. Although it is easily possible to unveil the movie poster by any celebrity, filmmaker Sanjay Laxmanrao Yadav put forward the concept of unveiling the movie poster by a real-life winner considering the social debt more important than personal honor. According to this, Satyam Lingale, a disabled student of TYBA at RJ Thakur College, Savarkarnagar, Thane, who epitomizes the film’s saying ‘Haraichna Nahi Jinkaicha’ (does all the work with his feet as both hands do not work)’ The poster of the movie JETA was recently launched. Satyam Lingale is born with Cerebral Palsy and has no sensation in both hands. Also, they cannot walk on their own due to the strength in their legs. However, he has completed his TYBA education till now by learning to write by foot. He is determined to clear the MPSC exam and become an efficient government officer in his next life. The basic reason behind the production of the movie JETA is to create such a determination in the society to become a ‘Jeta’ in life without getting tired of the unfortunate trauma. Naturally, on the occasion of the poster unveiling, the whole team of JETA film has taken such an ideal step of unveiling the poster for the first time in Maharashtra by inaugurating and felicitating him in the hands of a stubborn ‘Jeta’ young man in the real world and wishing him the best for his future life. Sanjay Laxmanrao Yadav, director Yogesh Sahebrao Mahajan, President’s award-winning actor Sharad Goyekar, Pramod Kamble, Satyam Lingale’s parents, sisters and relatives, Lokmanyanagar education board president Shakuntalatai Thakur and vice president Mangesh Thakur and R.J. Thakur attended the program. College students were present in large numbers. College teacher Balkrishna Thakur and Jeta Films Digital Marketing Head Kimantu Omble-Sarkar worked hard to make the program a success. The students and audience present on the occasion expressed their resolve to watch the social film ‘Jeta’ in large numbers in their nearest theaters on 18 November 2022 in honor of real life heroes like Satyam Lingale.