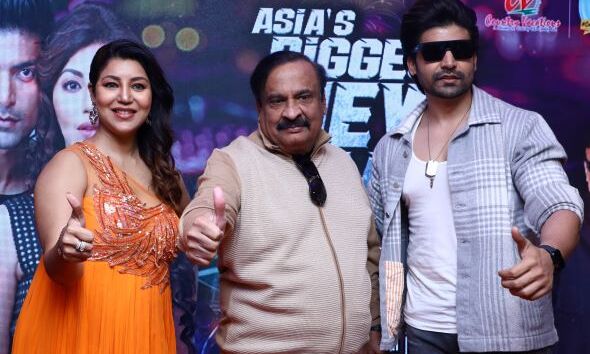 Gurmeet & Debina put a small performance for the select media which was present on the occasion giving glimpse of what’s coming up on the New Years Eve.

Brand Country Club truly represents the spirit of India. This edition of Asia’s Biggest New Year Bash 2023 is going to be remembered for its grand performances as we have handpicked some of the finest talents from Indian movie industry to perform exclusively for our members”.

Nearly all the top celebrities have performed at Country Club events and we have more than 15000 to 20000 people attending events in India. Be it Baisakhi or Asia’s biggest Navratri or the much famous and widely talked about, Asia’s Biggest New Year Bash, which happens across the entire Country making it the biggest powerhouse of entertainment.

About Country Club Hospitality and Holidays:

This is a 30-year-old Indian based company operating in India with presence in Europe and Asia. Listed on the Bombay Stock Exchange and the National stock Exchange, it has over 4,75,000 members. Country Club owns/operates over 100 properties divided into Clubs, hotels, resorts. The Club sells a unique family membership that gives access to all 4 hospitality verticals including Clubs, resort, fitness and events. The Club has its own app on the Google play store and the Apple app store.

From a businessman to an actor-producer, Dr. Yogesh Lakhani shines bright in showbiz

From a businessman to an actor-producer, Dr. Yogesh Lakhani shines bright in showbiz