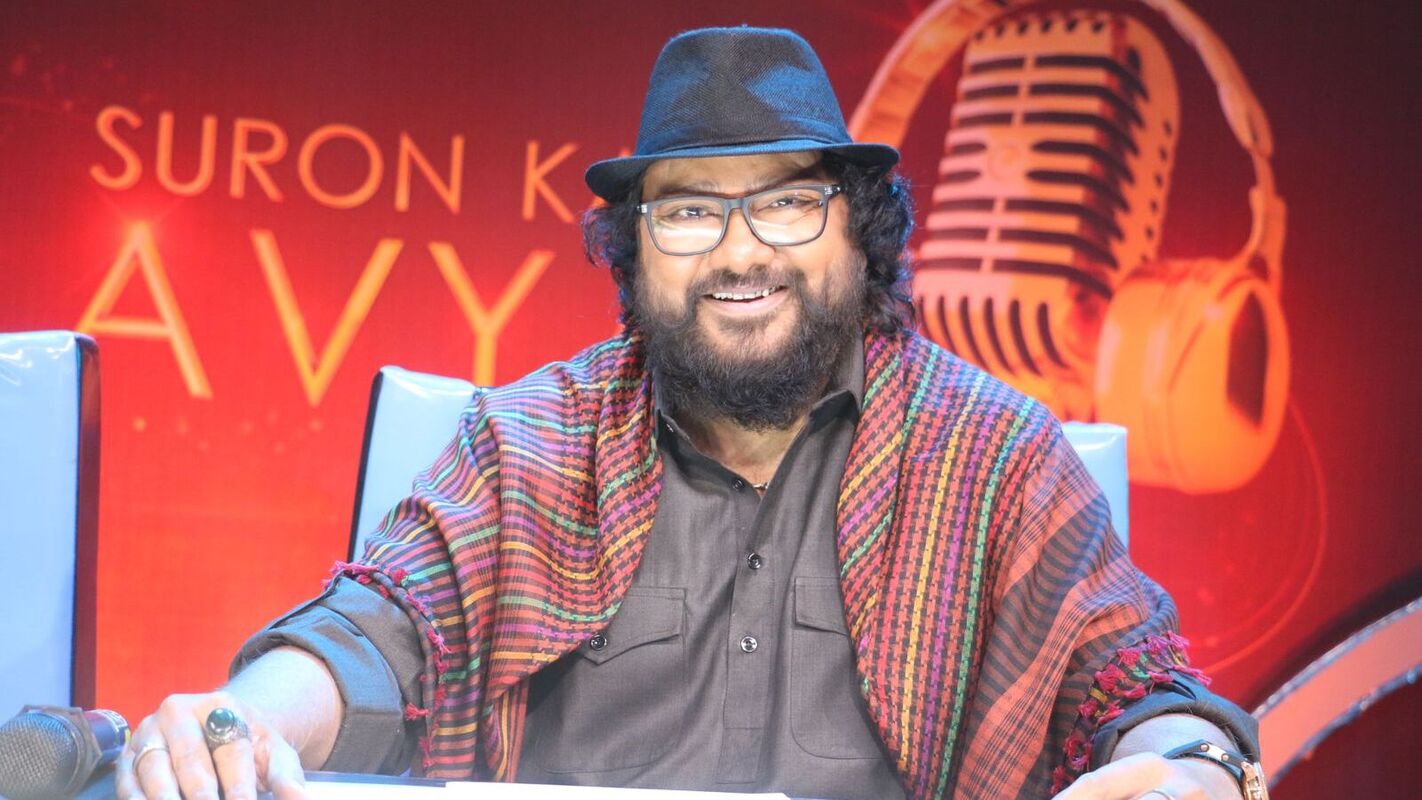 Saibaba Studio’s new music reality show ‘Suron Ka Eklavya’ is currently being telecast on Doordarshan. The show aims to mark a tribute to the three pillars of playback singing from the music industry – the legendary Mohammad Rafi, Kishore Kumar and Lata Mangeshkar — with gharanas named after them. The concept of the show is to present the gems of Bollywood music from the past with a fresh voice, which retains the signature style of the legends. The three judges on the show are Jatin Pandit, Ismail Darbar and Late Bappi Lahiri. The show has been navigating through preliminary rounds to sieve out eight contestants for each gharana, represented by the three judges. The audition rounds and the mega audition just got over witnessing a huge turnout of many aspiring singers. The filtration & selection process was difficult, the judges selected eight participants for each of their team, however, Ismail Darbar could only settle for six, as he wanted the participants to have the Late Mohammad Rafi’s style of singing and needed them to be outstanding talents. Despite auditioning thousands of talented participants Darbar fell short of two participants who could fit the bill as he felt that they did not possess ‘Rafi’s saab’s style of singing’ which is a pre-requisite for his gharana

You can watch the promo here

Music composer Ismail Darbar showed dismay and was visibly upset as his gharana had only six contestants while the other two had successfully selected eight contestants. Ismali ji could not find the qualities he wanted from the crop of singers and could only settle for six from the audition rounds.

Talking about the same, Ismal Darbar said, “I could not find my last two contestants from the audition rounds and it just didn’t seem correct to me to just pick people just to fill the positions. They are all very talented singers and extremely dedicated to music but I have a few specific criteria which they could not qualify. Yes, the other two teams have an advantage over us as of now but thik hai, I am sure we’ll ride through this. Meri khoj jaari hai par filhaal toh hum in six contestants ke saath hi yeh suron ka khel khelenge. Sirf talent hi nahi, mujhe Raafi ji ka jhalak bhi chahiye mere contestants mein, unki gayeki ubhar ke ana chahiye”.

Suron Ka Eklavya will have fifty-two episodes playing out in 3 phases- Auditions, Gala round and Finale. The auditions were held over three weeks with one week of mega audition followed by one week of introduction, 18 weeks of gala, one week of celebrity round, one week of semifinals and one week of grand finale. The contestants will be groomed and nurtured for their future music careers by celebrity mentors. The one contestant who proves him/herself, will become the ultimate winner of the title ‘Suron ka Eklavya’.

Saibaba Studios recently delivered a number raking show, Naam Reh Jayega – a tribute to the immortal Lata Mangeshkar which aired on Star Plus and is streaming currently on Hotstar. Suron ka Eklavya will be aired at 8 to 9 pm on every Saturday & Sunday on DD National.

Andrew Scott fell down the stairs, broke his foot during...