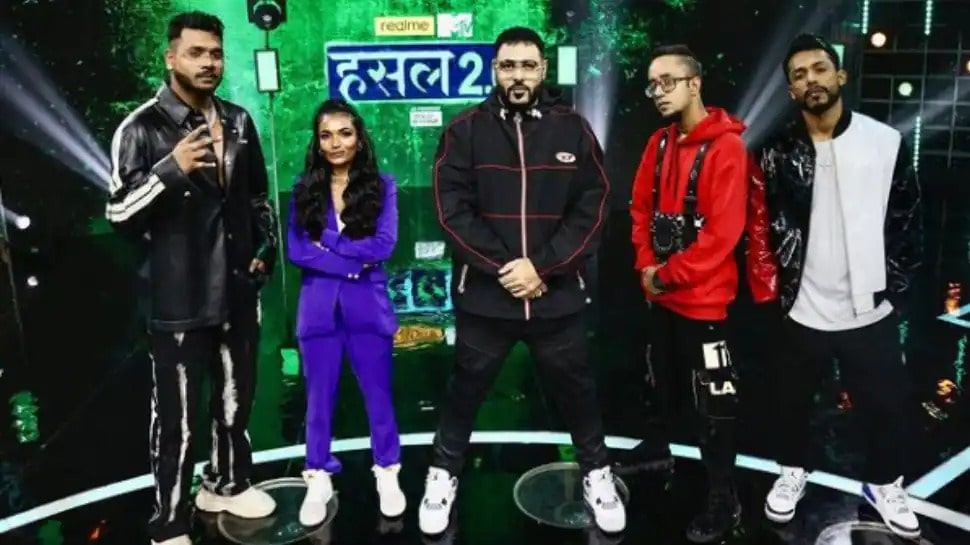 Here’s What Makes MTV Hustle 2.0 The Hottest Reality Show On The Block

Look at the time and you’d know it’s Hustle o’clock! MTV Hustle 2.0, India’s first-ever rap reality show, is all set to take the audience by storm by introducing a host of exceptional new rap voices from all across India. The show features global artist and rap supremo Badshah as the judge alongside supremely talented Indian rappers – King, Dino James, EPR, and Dee MC as Squad Bosses. The show is going to be a blast for rap enthusiasts and music lovers!

Here are some of the coolest bits from Hustle 2.0 that will convince you to watch the show this weekend!!

A Big Step Up – Badshah to Judge MTV Hustle 2.0

MTV Hustle kicked off with an unprecedented curtain call with its first season. Now with its 2.0 avatar, the bar has been raised with twice the fierceness and double the entertainment. Witness the global rap sensation, Badshah as he dons the judge’s hat.  He sets out to support and shape the raw talent on the show. Things are about to get exhilarating as he brings his expertise and experience to take the show to whole new heights!

The show MTV Hustle 2.0 is searching for talent from every nook and corner of the nation and offering them that much-deserved chance. It is indeed a golden opportunity for all the rap enthusiasts out there who embody sheer talent but have been missing the stage. Watch as they live the ‘Hustle Kar, Haasil Kar’ motto, through some epic twists and turns awaiting them in every episode!

Renowned rappers King, EPR, Dino James, Dee MC will be seen mentoring and training the talent on MTV Hustle 2.0 as Squad Bosses. Each of them has had a unique journey and made their mark in the industry. Their distinctive styles and unmatched tenacity definitely make for one of the highlights of the show. Watch as they bring in a new wave of rap in India. On the hustle stage, raw talent will meet professional talent and that will be a treat for rap lovers.

MTV Hustle 2.0 is primed to showcase great diversity as language is no bar. The selection is purely based on rap talent, writing skills, and high-octane performances. Contestants will come from a mixed bag of backgrounds and distinctive personalities that are bound to make the show all the more awesome!

Watch ‘MTV Hustle 2.0’ every Saturday and Sunday, at 7 pm only on MTV