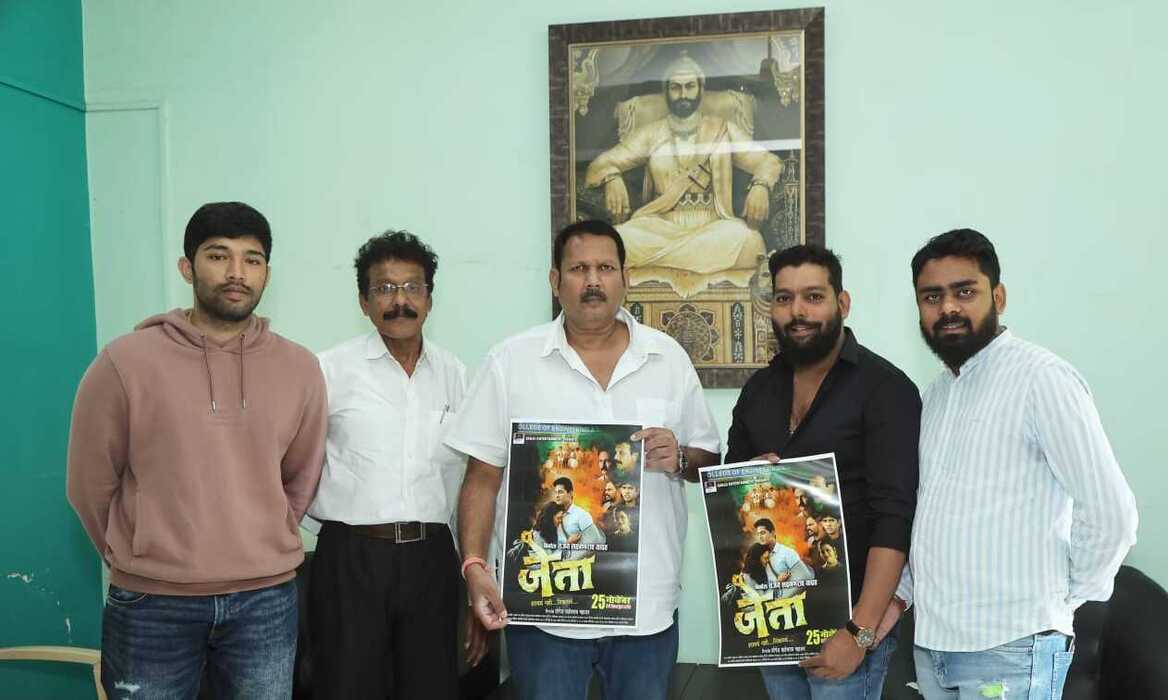 In this race of life, everyone wants to make a name for themselves in some field or the other, but only those who have great determination, perseverance and hard work succeed in this world. The true ‘winner’ becomes the one who makes history by trampling the challenges that come his way. The audience will get to see the story of one such winner in the upcoming Marathi movie ‘Jeta’. Recently, the inspirational song ‘Dhaav Marda Dhaav…’ from this film has been released by MP Chhatrapati Udayanraje Bhosale.

Producer Sanjay Laxmanrao Yadav along with co-producer Mihir Sanjay Yadav and Rohan Vijay Yadav, owner of the famous Hotel Aaram Regency, produced ‘Jeta’ under the banner of Sanju Entertainment and the film is directed by Yogesh Sahebrao Mahajan. The song ‘Dhaav Marda Dhaav…’ from this film was unveiled by MP Chhatrapati Udayanraje Bhosale. There are successes and failures in life. It is very important to get inspiration in order to overcome these failures. The entire Maharashtra gets this inspiration from Chhatrapati Shivaji Maharaj. Fans will get to experience the same inspiration of Chhatrapati Shivaji Maharaj on the occasion of the song ‘Dhaav Marda Dhaav…’. This song is truly a new hope and an encouragement to fight for victory. The true story of a young man’s struggle with God will be seen in this film. On this occasion, Prasanna Awade, a young entrepreneur from Satara division, along with the producer of ‘Jeta’ movie Sanjay Laxmanrao Yadav and co-producers Rohan Vijay Yadav and Mihir Sanjay Yadav were present. Written by Yogesh Sahebrao Mahajan, the song ‘Dhav Marda Dhav…’ has been composed by music composer Kabir Shakya. Jagdish Chavan, who was the first runner-up in ‘Marathi Indian Idol’, has sung this song. Sanjay Laxmanrao Yadav has expressed the feeling that the song ‘Dhaav Marda Dhaav…’ will be liked by the fans due to the combination of meaningful words, rhythmic music and melodious voice.