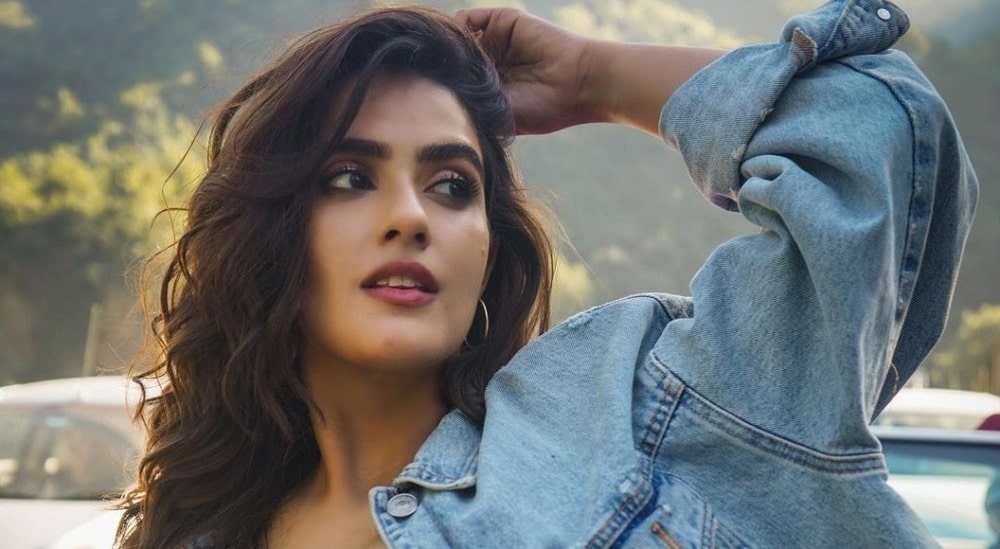 Kavya Thapar : My character of Geeta is completely opposite from me in real life

Kavya Thapar who is one of the most sensational beauties we have in Tinsel Town has always made her social media filled with her crazy groovy dance moves and sensuous pictures which makes all her fans go insane behind her beauty. The actress, who is highly active, is giving back-to-back surprises to all her fans by sharing a glimpse of her upcoming work each and every day.

The actress, on her birthday, took to her social media and shared a poster of her upcoming Telugu film Ooru Peru Bhairavakona, couldn’t be happier as she shared the news with all her fans. The actress said, “I am so happy and thrilled to announce my movie. I just couldn’t be happier about it. My character of Agraharam Geetha, whom I am portraying, is completely the opposite of my real-life character. Though the character was very challenging for me who doesn’t like to take challenges and prove myself wrong. I also had a very great time shooting with Sundeep Kishan. He is really a gem of a person. I really can’t wait for my fans to see me in a never-before-seen character,” says actress Kavya Thapar. The movie also stars a Telugu superstar Sundeep Kishan. Presented by Hasya Movies which is a screenplay written by Vi Anand.

The official release date of the film is yet to be announced, and we just can’t wait to see the actress in Geeta’s character amaze all her fans, Apart from that, Kavya Thapar will soon be in Middle Class Love.  The movie is jointly produced by Anubhav Sinha’s Benaras Media Works and Zee Studios. The film is all set to be released on 16 September 2022.