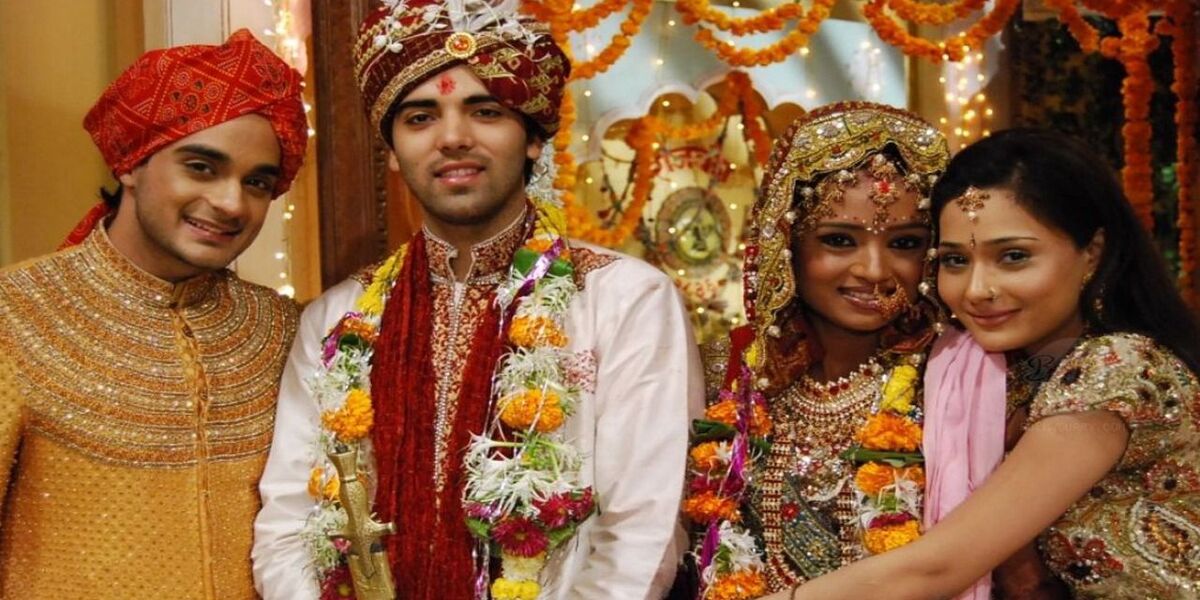 The loyal audience — may we add massive — of the iconic show, Sapna Babul Ka…Bidaai, which catapulted newbies Sara Khan, Parul Chauhan, and Angad Hasija to instant fame, has a reason to rejoice. The popular family drama, which enjoyed a successful run of three years before wrapping up in November 2010, is being telecasted again from 29th August onwards on Star Bharat. Not only did it introduce a set of fresh faces, who struck a chord with viewers in no time to the industry, but it also established Rajan Shahi’s Director’s Kut Production as an enviable force when it comes to dishing out content set deep in core family values. Talking about his journey as a debutant producer with Sapna Babul Ka…Bidaai, Rajan says, “Bidaai is telecasted again on Star Bharat. It was launched in 2007. I have received several messages from the fans of the show that they are waiting with bated breath to watch it again. This feedback has come as a pleasant surprise to me, as I was of the opinion that with the shift in the content-viewing pattern, today’s youth may not relate to Bidaai. But people across age groups continue to resonate with it, especially because of its story that’s set in strong family values, which is the foundation of the show. Even after so many years, Bidaai stays relevant to the audience.” He adds, “Bidaai will always have a special place in our hearts, including the GEC and those associated with the production house. Star Network and I took the biggest gamble with the show. I am glad that it paid off and that, too, so beautifully. I launched my production house with the show and it has been a life-altering decision to produce it.” What set Bidaai apart and made it an instant hit with the audience was its unique storyline and a different approach towards making it. It stood out from the crowd of OTT dramas on TV back then. Rajan shares, “At that time, conditions were not favourable and I had a huge challenge staring at me. Back then, shows used to be loud with women adorning heavy jewellery and costumes. On the contrary, our approach was to keep the content very simple and make a show with newcomers in lead roles along with some seasoned actors like Alok Nath, Seema Kapoor, Avinash Wadhawan, and Vibha Chibber. Sara Khan, Parul Chauhan, Angad Hasija, and Kinshuk Mahajan became overnight sensations soon after Bidaai was launched.”

He was amazed at the response the clutter-breaking family drama received during its run of three years. He says, “Many hadn’t expected that such a simple show would do so well. It went on to become the number one show across GECS and created history. Against all odds, Director’s Kut Production gave its first show, which turned out to be hugely successful. The response was encouraging and boosted our confidence. For us, there has been no looking back since. We subsequently produced Yeh Rishta Kya Kehlata Hai.” He adds, “Bidaai gave a chance to a lot of newcomers and revived many careers. Even the production house benefited from its success. The channel, too, reclaimed its numero uno position. We worked extremely hard to set a benchmark with Bidaai. It became a trend-setter and we saw a string of shows trying to recreate the magic of Bidaai. Let me tell you, we at Director’s Kut Production believe in what we show in our family dramas. We strongly believe in family values and treat everyone like a family. So, now you know why a majority of the core team remains the same – Bidaai to Anupama. It would be safe to say that Sapna Babul Ka…Bidaai gave an identity to Rajan Shahi in the industry.”

Sargun Mehta was really tensed because…