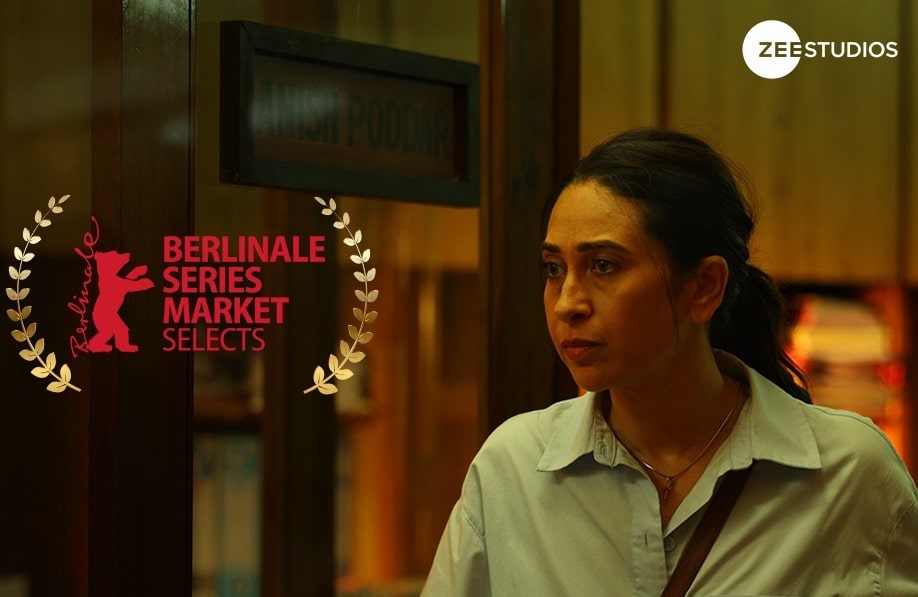 With massive successes in 2022, across languages, Zee Studios carries forward the momentum with the announcement of their new web series ‘Brown’ starring Karisma Kapoor, Surya Sharma and Soni Razdan in pivotal roles, directed by Abhinay Deo. The Neo-noir drama has been announced as a part of the notable Berlinale Series Market Selects. The Berlinale Series Market (February 20-22, 2023) has returned to Potsdamer Platz for its ninth edition. The third edition of the curated series with high market potential under the label Berlinale Series Market Selects includes a total of 16 titles from five continents, among them Chile, South Africa, Israel, Belgium, Lithuania and India, as well as two German productions.

Shariq Patel, CBO, Zee Studios, added, “As a studio we have been making a conscious effort to create films and shows that can be presented at the World stage. ‘Brown’ is the studios first attempt at creating a show which is truly world class, and to be part of the eminent Berlinale Series Market Selects for 2023 is a matter of great pride for us. The brilliance of Abhinay Deo behind the camera and Karisma Kapoor in front of it, is surely going to excite audience worldwide.”

Abhinay Deo, the director of ‘Brown’ further stated, “Suspense and human vulnerabilities round out ‘Brown’s’ artillery. To be precise, it also carries a time pressure element and a series of mysterious events that shall keep the audiences hooked on to their seats.”

The series is based on Rita Brown, a suicidal alcoholic and Arjun Sinha, a widower with survivor’s guilt. The protagonists need to deal with an unstoppable serial killer on the loose. The Neo-noir series captures the existential angst of these investigators who are on the precipice of an abyss, that’s their life. The series encapsulates themes of depression, irrelevance, addiction, corruption and false appearances.

Ashima Awasthi, Creative Head, Zee Studios, shared, “‘Brown’ is a series with a powerful narrative that is a study in characters. Karishma has acting in her blood and along with a brilliant cast of Helen, Soni Razdan, Surya Sharma, KK Raina and Jishu Sen , she delivers a stellar performance in this compelling drama. Being selected as one amongst only 16 titles globally at Berlinale Series Market reiterates our focus on creating stories for global audiences.”

Karisma Kapoor further stated, “I am extremely happy to be a part of ‘Brown’ and working with such a fantastic director Abhinay Deo, and Zee Studios who have backed such fabulous content. Playing the role of Rita Brown has been intriguing and creatively satisfying, to say the least. Super excited that ‘Brown’ has been chosen on an international platform, the Berlinale Series Market Select.”

‘Brown’ also stars Helen, KK Raina and Jishu Sen alongside Karisma, Surya Sharma and Soni Razdan and shall be one of the first series to follow a police procedural in an emotionally twistful manner. The Berlinale Series Market is a joint initiative of the European Film Market, the Berlinale Co-Production Market and Berlinale Talents.

Shah Rukh Khan: I’ve only wanted to be an action hero