Sandeep Aanand who started his acting journey at the age of seven, then continued his acting in the theatres and now a well-known actor of few hit comedy TV shows is ready to take a step ahead in directing a short film.

He is a person who always wanted to something new and experiment with his abilities. In conversation with Sandeep Aanad, he mentions “Since people have always loved me for comedy, I had no choice of saying no to my audience. Everyday one has to learn and grow more and open all options for himself. Since nowadays in the medium of entertainment everyday something new is happening there are so many open platforms and so much of content coming up being an artist why do I stick to just one.” He adds, “Cinema is my passion, if one will not make my kind of cinema I will make my own so am experimenting with this short film. We have a team of amazing talents who is working for towards creating this film.”

While talking about the short film, Sandeep mentions, “The film is a dark comedy because since a long time I wanted to try my hand with this genre of comedy. We have started shooting for the film that is based on   how a person can get trapped into one kind of ideology and how it can ruin his life. To add to the surprise element I am also acting and my audience will see the sense of dark humour and a new story.”

We can’t wait to see the hidden talent of Sandeep Aanad on the screen and the magic that he will bring in the script through his direction! 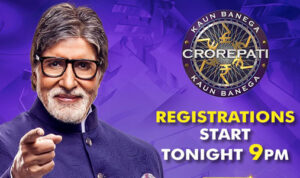