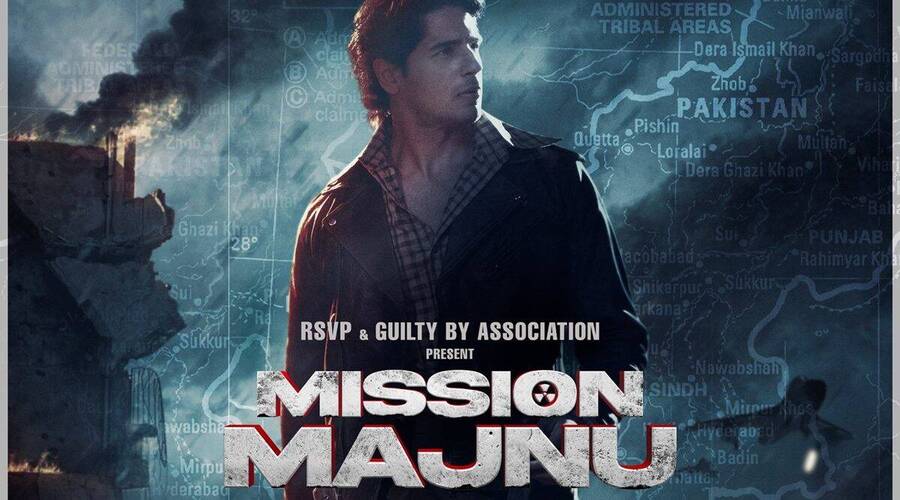 Sidharth Malhotra much-awaited Mission Majnu is set to release on Netflix on January 20, 2023. Directed by Shantanu Bagchi and produced by Ronnie Screwvala, Amar Butala, and Garima Mehta, Mission Majnu is an ode to the raw agents of the country.

With the phenomenal work done by Sidharth in Shershaah, the talented actor has once again raised the bar. The Mission Majnu trailer launched today and quickly went viral, with fans expressing their undying love and support for Sidharth.

Many took to Twitter and started mentioning how the “Shershah of Bollywood” has now become Desh Ka Majnu and is receiving unconditional love.

A twitter user commented, “@SidMalhotra perfectly fits the 70s era in the raw look! Much love to the #MissionMajnuTrailer @iamrashmika”

While another one wrote, “Never knew a trailer could make me feel so patriotic! Counting days till 20th Jan #MissionMajnuTrailer @SidMalhotra @IamRashmika @NetflixIndia”

In one of his interviews, producer Amar Butala mentioned how usually 4-5 actors are kept as options for a role. Still, for Mission Majnu, they only had Sidharth in mind and how everything fell into place with him.

The trailer keeps you on the edge of your seat with Sidharth’s messy look and his sizzling chemistry with Rashmika Mandana, and fans are excited to see Sidharth Malhotra come all guns blazing as the trailer for Mission Majnu looks very promising.

Mission Majnu is a spy thriller film and is a fictional story of India’s covert operation, taking place before and during Indo-Pak war of 1971. Sidharth Malhotra plays Amandeep Singh, a RAW field operative on an undercover mission to investigate about Pakistan’s involvement in creating nuclear weapons where he has to balance his professional and personal life with his blind girlfriend Nasreen.