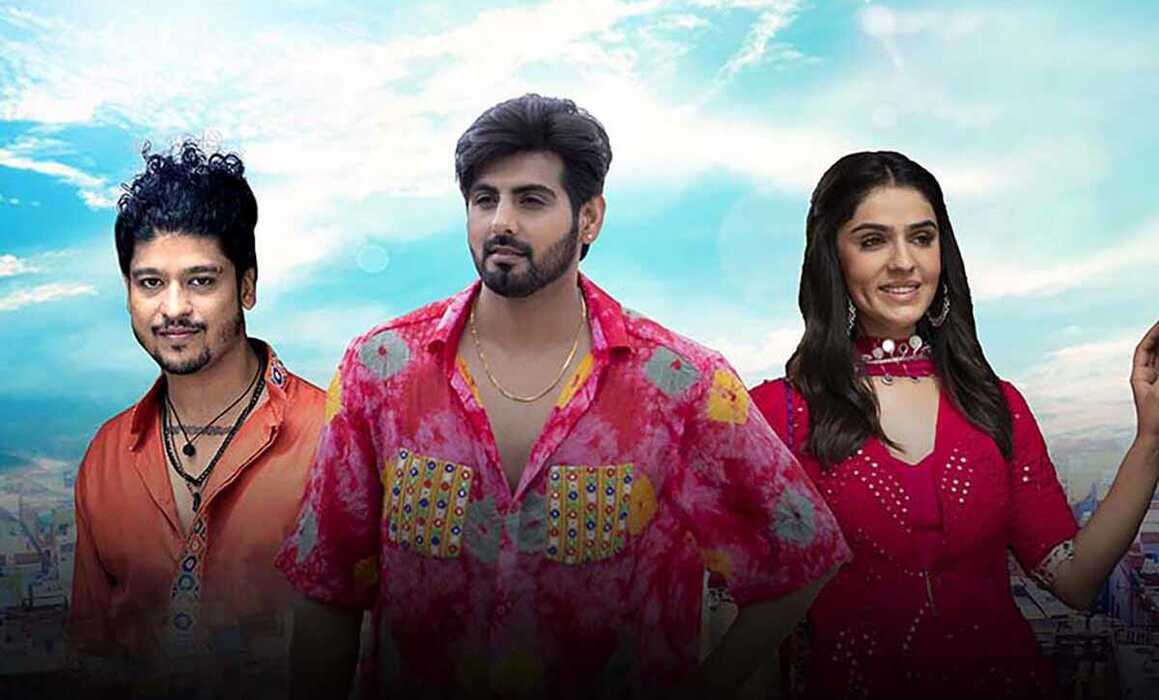 Just two months into Machaao Music launching the label and their maiden-turned-hit garba music video Naach Baby featuring the fresh pairing of Sunny Leone and Remo D’Souza, they are ready with their new hit-in-the-making Naina Ri Patang. Their second offering is sung soulfully by seasoned Indie singer-composer and music producer Prateek Gandhi, of ‘Mashhoor Banegi’ and ‘Main Roiyaan’ fame, and stars actors Sidhika Sharma and Ashish Drall. Ashish Drall is known for his stint in the movie Student of the Year 2 and the TV show Saath Nibhaana Saathiya and Sidhika Sharma has many Punjabi and Telugu films and popular music videos to her credit. Directed by Kunal Karwade, the music video of the song that was released this morning is already garnering immense appreciation from all quarters. As the initial strains of the happy melody captivate your senses, you realise Naina Ri Patang is a new love language that you want to borrow to woo your partner. It’s easy to believe that it was Prateek Gandhi’s heart that compelled him to write this song because the words aptly capture the sentiment of falling in love. Prateek who is the singer, composer and lyricist of the song has been making exceptional music since 2014. What’s interesting, however, is, for his latest love song, he found inspiration in the internationally renowned kite festival of Jaipur held during Makar Sankranti. “About a year ago, I wrote Naina Ri Patang, a beautiful love story set during the famous festival. In musical terms, I approached the song differently with regard to sound design and vocal patterns used, because I merged the distinct Rajasthani dialect with Hindi to present my listeners with a never-before audio experience,” Prateek shares. When compared to his previous hits, this song breaks fresh ground while paying rich homage to his home state and staying in the subtle mellow sound range that have become his trademark. This is his first song with Machaao Music and he is happy to join their talent pool, “I’m delighted by the novel visual touch that Machaao Music team has brought to the video – it was just what I was looking for! From the start of the recording to the final day of the shoot – there was never a dull moment,” Prateek asserts. His love is evident when he discusses the label – “I have worked with many labels but it’s only with Machaao Music that I feel like I am home. And when you work with such a co-operative, intelligent and artistic family, it’s the best feeling. With them on my side, we will continue to offer the best music to the world.” Machaao Music, helmed by Piyush Jain, Meet Ahir and Hitendra Kapopara, is ecstatic about its latest offering, “After the super reception of ‘Naach Baby’, we were so excited that we couldn’t simply enjoy the success. So, we channelled it into creating Naina Ri Patang and the next set of beautiful tracks for our fledgling label. And I am happy to say that we have a great pipeline. In the near future, we will launch several new artists who are sure to break records and steal hearts. Let’s just say we are as excited for our label’s future as are our faithful audiences.”