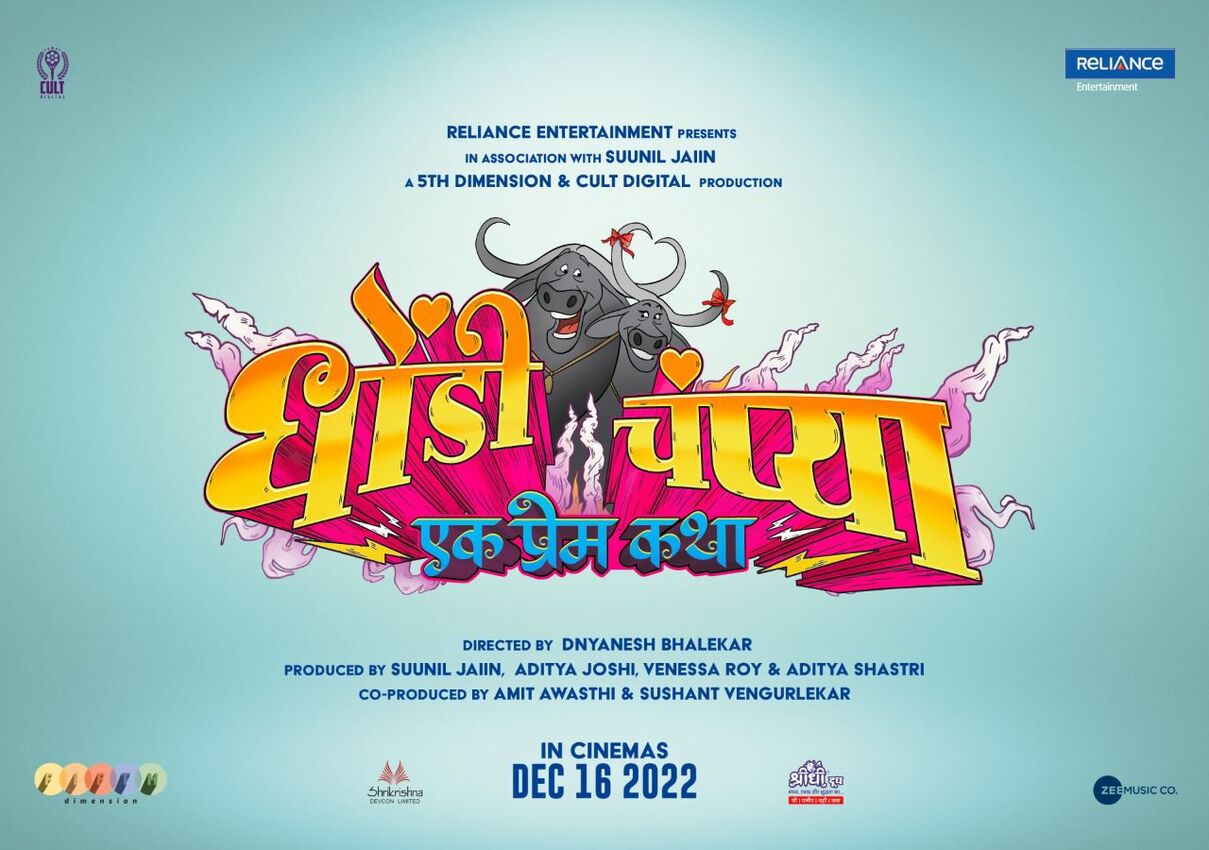 A Reliance Entertainment and Sunil Jain presentation, Dnyanesh Bhalekar’s Dhondi Champya: Ek Prem Katha is a unique film. You may have witnessed innumerable love stories in movies, but nothing as interesting and unusual as Dhondi Champya: Ek Prem Katha. This is a unique film – about a love story between a male and female buffalo! Yes, you read that right. More details about the film will be revealed gradually, but the concept of this love story itself has generated a buzz already.

The release date of Dhondi Champya was announced on social media recently. Slotted for a December 16 release, Buffalo Love Story Dhondi Champya is inspired from a story by Prabhakar Bhogale with the film’s story, screenplay and dialogues having been written by Dnyanesh Bhalekar and Sagar Kesarkar. Interestingly, the film will unite two powerhouses of comedy – Bharat Jadhav and Vaibhav Mangle – in lead roles. Apart from them, it will also feature Sayali Patil and Nikhil Chavan in pivotal roles.

In the film’s poster, you can see Dhondi and Champya and from the looks of it, this one seems to be a complete entertainer for the masses. Speaking about the film, director Dnyanesh Bhalekar says, “This is a family entertainer for people from all age groups. Whether the owners of Dhondi and Champya will help take this love story forward, or will there be a sudden twist in the plot? That’s for you all to find out in cinema halls!”

Dhondi Champya: Ek Prem Katha’s music is also worth looking forward to. Composed by Saurabh Durgesh, the album will see songs sung by the likes of Avadhoot Gupte, Vaishali Samant, Sanah Moidutty and Saurabh Shetye, with lyrics from Guru Thakur, Mandar Cholkar and Ganesh Nigade. This film has been produced by Fifth Dimension and Cult Digital – with Sunil Jain, Aditya Joshi, Venessa Roy and Aditya Shastri backing the project. Amit Awasthi and Sushant Vengurlekar are on board as co-producers.