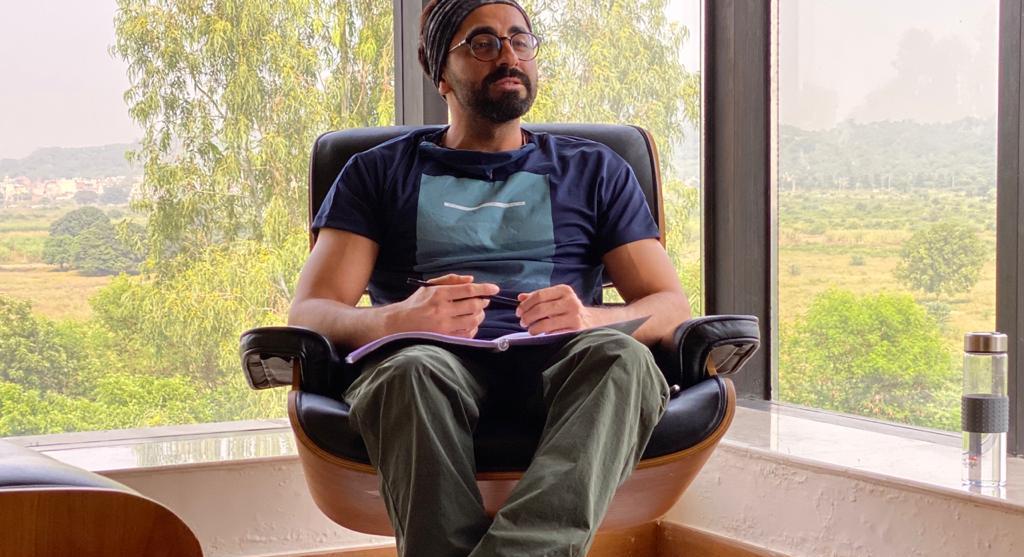 Abhishek Kapoor who is currently shooting for his modern love story ‘Chandigarh Kare Aashiqui’ shares an interesting anecdote about the film.

The shoot was scheduled in Delhi earlier but owing to the pandemic it was shifted to Chandigarh. Gattu sharing an image of Ayushmann from his reading session described Ayushmann as the main reason behind shooting the film in Chandigarh.

The director writes, “It was @ayushmannk ‘s idea to set the story in HIS city and what a beautiful city it is.. cant thank him enough. #chandigarhkareaashiqui #cka #princeofchandigarh.”

A T-Series and Guy in the Sky Pictures production, ‘Chandigarh Kare Aashiqui’ is produced by Bhushan Kumar and Pragya Kapoor.

The New Bromance on sets of web series ‘The Perfect Script’