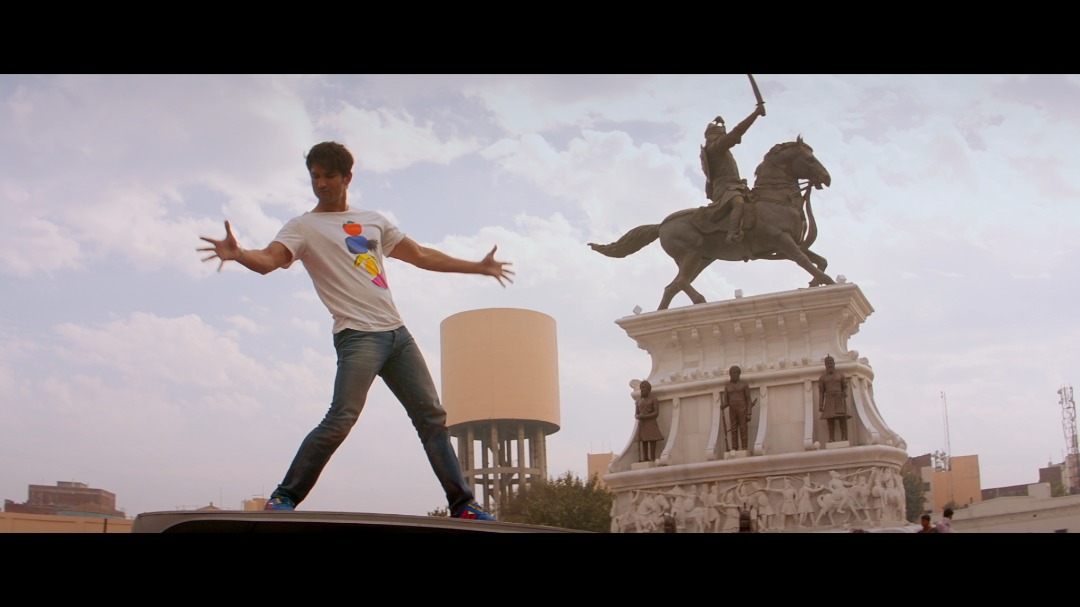 Sushant Singh Rajput shot a Punjabi song for the first time and was quite gung- ho about it. There is a special part of the song where Sushant spreads his arms and does the signature Shahrukh step. The Raabta team shot this moment in the fields. They also put together Shahrukh’s look from DDLJ, the jacket and the hat. The line in the song mentions ‘bahon ko felake karo step King Khan wala.’

After winning the Screen award for Best Actor Critic’s Choice and the Big Screen Entertainment Award for Best Actor in a Drama, for his performance in the 2016 blockbuster, MS Dhoni : The Untold Story, Sushant Singh Rajput walked away with the Best Actor award at the Indian Film Festival of Melbourne.
On the occasion said Sushant, “I’m extremely honoured and grateful to IFFM and the jury for appreciating my performance . Last time I was in Melbourne I was dancing behind Bollywood stars as a background dancer in the Commonwealth games and now being recognized as the best actor really feels great.”

Eleven years ago, an engineering student then, Sushant Singh Rajput, dropped out of college in Delhi and it was only in August 2018 that the young actor traveled to the capital to visit a school, as an ambassador of Behtar India.

The talented actor interacted with over a thousand school students at the conclave held by the campaign. Towards the end of the conclave, Sushant posed with his young fans and clicked selfies with them. The young star also bumped into his school math’s teacher, who was overwhelmed when he recognized her in the crowd.

In August 2018  during the Ranchi leg of his upcoming film Dil Bechara, serial dreamer Sushant Singh Rajput turned dream fulfiller for a kid. While on shoot at St Paul’s Church, Sushant got to know of a blind school near the set where the kids wanted to meet him. In between scenes, Sushant visited the school, shared some moments of joy with the kids and interacted with many of them personally, creating beautiful memories for all involved. Not only this, he also got a chance to listen to a heartwarming song performed by a kid in front of his mates and teachers. It was a lifelong dream for the boy to sing for the Dhoni star Sushant Singh Rajput and the performance, followed by an embrace from SSR himself, was touching to say the least.

One of the most stylish and versatile Bollywood actor, Sushant Singh Rajput was invited to be a part of the Judge’s Panel at Miss Diva 2018 to select one of the diva who will represent India at Miss Universe 2018 contest. Sushant, who was the only male judge at the panel was accompanied by former Miss Universe Lara Dutta and the gorgeous Shilpa Shetty Kundra and Neha Dhupia.