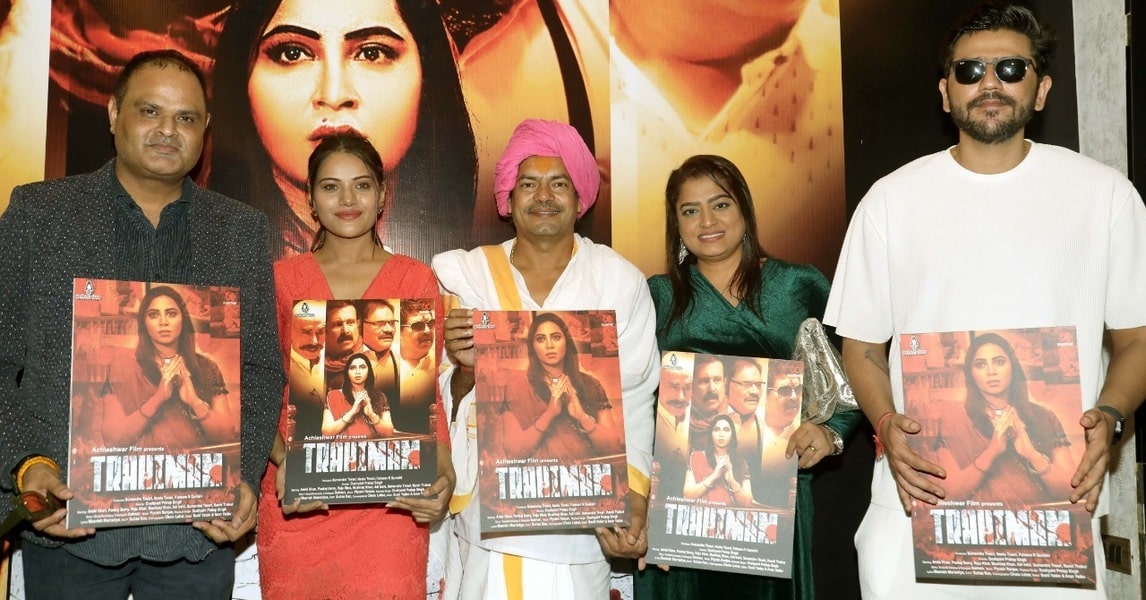 The trailer of the film shows the bloodshed in Rajasthan. The film narrates the story of crime and criminals, power, corruption, enmity, exploitation. Many dialogues in the film are memorable. Producer of the film Sumendra Tiwari said that the way writer Salman ji narrated the story of Trahimam to me, I found it very different and unique. This story is based on the real story of a village near Kanpur. I would like to congrats Dushyant for shooting this film during the Corona period.

Dushyant Pratap Singh said that it is a matter of good fortune for all of us that Radhe Radhe Babuji came to bless us. Radhe Radhe Babuji has come for the first time in a film event. I would like to thank the media also who always supported me.

Chief guest Radhe Radhe Babuji said that I heartily congratulate Dushyant Pratap Singh for making cinema on such a hard hitting subject. He has shown the mirror to society through the story of the film. Trahimam depicts the atrocities being committed on women in today’s times. I am sure this film will be a super hit. Dushyant Pratap Singh said that there are 68 characters in Trahimam. In the film, bubbly actress Arshi Khan has played the role of a laborer named Champa. This film will be one of the few best films of Arshi Khan. Many artists including Pankaj Berry, Aadi Irani, Mushtaq Khan, Ekta Jain have done great work.

Actress Ekta Jain said that this is my second film with Dushyant ji. In this film, I have played the role of a strict lawyer.